I have been baffled for years over what constitutes the definition of a “literary” novel. Over the course of my career, I have heard numerous definitions, but none quite resonate for me as the one gold standard, definitive answer.
In search of this definition, I am tempted to discount all of the various genre novels, many of which are well written and exemplary, but they do suggest formula and have been slotted by common publishing practice to fit a category that does not suggest “literary.”
Thus, I assume that mysteries, romance, thrillers, fantasy, science fiction, zombie, vampire and various young adult categories and numerous others might be considered out of contention.
Well then, in what category will we put the Sherlock Holmes novels and stories? I’m sure there are other examples.
Most definitions of what constitutes a literary novel stress that the subject matter is strong on character and irony, with lesser emphasis on pure plot and offers more serious explorations of the human condition and is, therefore more meaningful and more philosophical.
Clashing opinions among intellectuals and academics are fiercely subjective and often open to bitter contention. Publishers have timeworn, fixed definitions that they adhere to and propagate as gospel truth. So-called “high brow” readers insist they know it when they read it.
Others will dismiss popular and commercial fiction as non-literary, especially if they are mainstays on best seller lists.
Some will say it is the author’s style, which they will often describe as “lyrical,” that is a key determinant and clue to the literary definition. Others will cite the use of metaphors, similes and references to classics, myths, and symbols as the ultimate marker.
Many point to the so-called “experimental” novel as a prized example of what is literary, which opens up academic questions on literary theory and various academic offshoots that deeply study trends and movements to determine how literature impacts thought, history and civilization.
One might point to James Joyce’s Ulysses and Finnegans Wake as the prime examples of the literary novel. In the case of the latter novel, the issue of accessibility comes to mind. Does this mean that a novel that is as inaccessible as Finnegans Wake available to a handful of ardent readers is a prime definition of a literary novel? Is obscurity another marker for a novel that is literary?
As an English major, I understand the wonders and joy of literary scholarship as a lifetime pursuit and have enormous respect for those who live in this splendid world.
Still, the definition is illusive. In terms of the novel, it is easy to dismiss what is popular at the moment as not worthy of being defined as “literary.” Still, some novelists have been enormously popular in their time and well beyond. In the English realm, we have numerous examples, like Dickens, Thackeray, Hardy and others. Then there are those authors that were less popular in their time like the Brontës, Jane Austin, George Meredith and others who have climbed into the literary canon.
Other books have been lifted from obscurity to world wide literary grandeur like Stendhal’s The Red and the Black, which barely sold a few dozen copies when first published. There are numerous other examples, but I will spare readers the historical literary analogies. They are endless.
The definition gets even murkier when time frame makes its entrance. Does durability, for example, constitute an important definition of what is or becomes a literary novel? How does a novel become a classic? Who determines what becomes a classic?
If a novel is studied in schools and has relevance to its time, does that make it a literary novel? Is, therefore, To Kill a Mockingbird a literary novel? It is certainly popular and studied as part of many school curriculums. But then, so is Huckleberry Finn, which has been lauded as the seed from which all American novels spring. Was it conceived by Mark Twain as a literary novel? Is subject matter by itself another clue to what is a literary novel, especially if it deals with human rights or other hot-button issues of our era?
When I was in my late teens, I was in thrall to Thomas Wolfe and gobbled up his books with alacrity and deep devotion. I felt certain he would be celebrated forever as a truly great novelist of the literary variety. Today, he is dismissed by the so-called establishment as over exuberant and wordy, his books overwrought, overblown, over praised and overrated. At some point, I will revisit him and make my own assessment.
John O’Hara was another of my contemporary literary idols. Once popular, he seemed to have fallen over a cliff to obscurity. Would his novels and short stories pass the test of what is “literary”?
On the other hand Hemingway and Fitzgerald seem to continue unabated, both seemingly assured a place as literary icons well beyond their lifetime. Not so Faulkner, who seems, arguably and certainly undeservedly, headed to obscurity.
Perhaps I am straining too hard and put too much emphasis on durability and less on contemporary judgment, which adds to my own confusion on the definition of the literary novel. Does the Nobel Prize for Literature qualify to identify a literary novel? Or does enduring readership? Who but a small coterie of academics remembers Henrik Pontoppidan, Romain Rolland, Anatole France, Salvatore Quasimodo and numerous others? Am I being unfair by going back too far? Probably so.
After all, Hemingway, Faulkner, Steinbeck, Sinclair Lewis, Saul Bellow, and numerous other once popular writers were among the Nobel winners. Does such an honor automatically confer literary immortality?
My instinct is to opt for durability as essential to the definition of what is literary. To me, it is the master test and, unfortunately, may take many lifetimes to come up with a truly definitive answer. Indeed many a contemporary, hardworking, serious novelist secretly believes in his gut he might one day make the cut.

Which reminds me of that great quote from Shakespeare’s Macbeth:

“If you can look into the seeds of time, and say which grain will grow and which will not, speak to me.”
Warren Adler is the author of 32 novels and short story collections published in numerous languages. Films adapted from his books include “The War of the Roses,” “Random Hearts” and the PBS trilogy “The Sunset Gang.” He is a pioneer in digital publishing. For more information visit Warren’s website at warrenadler.com.
Follow Warren Adler on Twitter: www.twitter.com/warrenadler 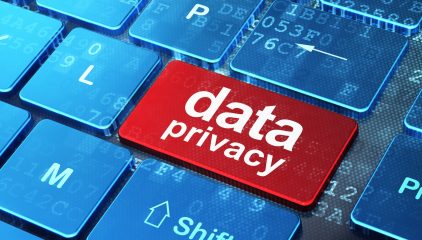 by Phil Stamper-Halpin|April, 2017 From logging in to your website, blog, and social accounts to…Read more